The opening lines name names: Achilles, Zeus, Hades. All of them are divine, Achilles being a demigod. Our only fully human character, so far, is introduced as the son of Atreus and lord of men–pretty high up there as far as mortals go, but not yet deserving of his own name. Yes, we all know who this is and Agamemnon will have his day, but for the first sentence, it’s gods only, please. The rage is Achilles’, the machinations are Zeus’s and Hades is getting the fruits. To be fair, we don’t know if he enjoys getting souls, but I’ll give him the benefit of the doubt. Is this divine privilege important? I don’t know. Or on the contrary, perhaps by not naming Agamemnon directly he becomes the most important figure standing out in this Olympian crowd. Again not sure, observations only.

And now the English:

(Of) rage sing, Goddess, of Peleus’s son Achilles’
Destructive (rage), which made boundless agony for the Achaians,
And many strong souls to Hades hurled,
(strong souls) of heroes, and from their very bodies began making feasts for the dogs
And all the birds, while Zeus was carrying out his plan,
(sing) from the first when they separated after quarreling,
The son of Atreus, lord of men and divine Achilles.

Those damn possessives in English are a pain in the butt. I chose euphony over usage, that is, I prefer an apostrophe s after Peleus but not after Achilles. So there.

I know ἄλγε’ is plural and αὐτοὺς is acc., but in the case of αὐτοὺς I wanted to preserve some of the word order rather than write ‘was making them (into) feasts’. Likewise, in the phrase Διὸς δ’ ἐτελείετο βουλή (Zeus’s plan was being done) I chose word order over case and voice, rendering the middle as active, making Zeus nominative, and plan accusative.

So, middle voice and aorist are two things not distinguished morphologically in Latin, but so far nothing insanely tricky has come up. I take the aorist dual participle ἐρίσαντε to function similarly to Latin participles and understood it to mean here “after…”. A thought on the middle voice–It seems like we have this in English but we tend to use the active voice to express it. I’m thinking of that old advertisement for Chunky Soup. You know “Chunky, the soup that eats like a meal.” Neither the soup nor the meal is doing any eating, hopefully. Also, I once saw written on the bottom of a plastic bottle “recycles” meaning “can be recycled, recyclable.”

Finally, about that prefix προ (pro) on the verb προί̈αψεν in line three. Is this an intensifier here making the verb mean something like “really threw hard” or is it something like “pre” as in “hurled the souls before they were supposed to go to Hades”? Well I’m not sure, and, as per the rules of this experiment, I won’t look it up now, reserving judgment until I see the prefix enough in other places. 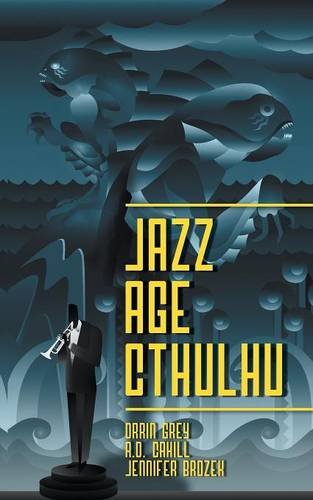 Here I attempt to read the Iliad in Greek without any training in the language. (Okay, I know the alphabet.) I read Latin and Norwegian. Swedish and Danish come for free with Norwegian–Bonus! I once could read a smattering of other languages–I’m looking at you Anglo Saxon, Old Norse, and German. The goal is to see if I can work through Iliad I on my own without studying Greek first, just by looking things up as I go.

The Tools: 1) Perseus  2) Attikos for Ipad 3) Iliad book1 Notes and Vocabulary by P.A. Draper 4) for reference:  Beetham’s Beginning Greek with Homer and Paula Debnar’s excellent edition of Pharr’s Homeric Greek-a book for beginners  4) Input from the educated hoipolloi 5) If I must–a translation.

The Greek text will be  from Attikos and Perseus, unless otherwise noted.